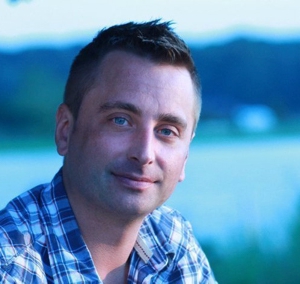 Growing up in a house where the kitchen was the heart of the home, it is no surprise that Chef Keith DiLauro developed a life-long passion for food. He attended the French Culinary Institute in New York City graduating top of his class in 2002. After graduation, Keith moved to Lucca, Italy, where he learned the rooted traditions of Tuscan cuisine while working at the prestigious Toscana Saporita Cooking School.

Keith returned to New York City to further his studies in the business of culinary arts and opened his own catering and private chef company in 2005. Soon he was catering for celebrities, music moguls, and top business executives around the country. He has been invited to cater premier events in Beverly Hills, Las Vegas, Scottsdale, the Hamptons, and Miami, and enjoys a loyal following in his hometown of New York City. Keith also returns seasonally to Italy where he holds an alumni senior instructor position at Toscana Saporita Cooking School.

With a strong desire to further share his passion for food, Keith continued teaching at a variety of cooking demonstrations and hands-on culinary classes throughout New York City. He has been featured in several magazines such as Kiplinger’s Personal Finance, Italian Cooking and Living, and La Cucina Italiana,—-both American and Italian editions. With a focus on wholesome and healthy food, Keith continued to expand his education, graduating as a state-certified health and wellness coach from the Institute of Integrated Nutrition and continuing his course work in natural health care and sciences at Goddard College in Vermont.

Keith currently works with celebrities, authors, and other media personalities to both share and implement his food philosophies, combining his formal schooling and years of experience to educate others on the importance of using fresh, local, seasonal, market ingredients.